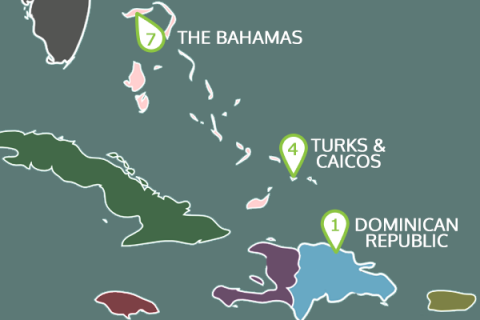 To enhance the human-animal bond and promote the welfare of animals by providing veterinary support, humane education and resource development to international communities in need.

This is first world medicine in third world countries, but we work to do all of this cost effectively.

Pets without Vets began in the aftermath of Hurricane Katrina, in 2005. Dr. Brennen was waiting on the tarmac to fly to Grenada, Nicaragua. She was heading there to consult on a spay, neuter and wellness clinic being planned by a colleague. While waiting for the flight to depart, her phone kept lighting up as her disaster response team was placed on alert with an almost certain likelihood that they would deploy in response to the hurricane. Dr. Brennen asked to get off the plane - but was unfortunately denied. Frustrated beyond all belief - she sat in worry for all the people and animals affected by this hurricane. She knew there was a staggering population of stray animals in New Orleans, LA and she thought, “thats a lot of pets without vets”. When Dr. Brennen finally made it to New Orleans, she remained there for almost four months.

Dr. Brennen had only been home a few weeks when she received an email from one of her disaster response teammates who was friends with a women who ran an animal shelter on Grand Bahama. In the aftermath of all the hurricanes in 2005 the island was experiencing a massive distemper outbreak. The shelter was asking for volunteer veterinarians to go down and vaccinate as many dogs as possible. Dr. Brennen and another disaster response team veterinarian signed up, and flew to Grand Bahama. During the three week effort, they began to plan what was to be a 7 year collaboration with the Humane Society of Grand Bahamas (HSGB).

In the beginning we had nothing, just a dream to improve the welfare of lesser privileged animals through targeted spay and neuter. And we had a name….Pets without Vets. Our vision was that we would partner with organizations committed to an ongoing population management program. We would provide veterinary volunteers, the expertise to set up and run the clinic and help with supplies. We also knew it was important to leave the community self sufficient after our work was done. During our collaboration with HSGB, we encouraged them to begin to purchase equipment in order to sustain this program and find funding streams to purchase consumable supplies. Pets without Vets hobbled together what we could salvage from our friends and colleagues and over the years we amassed quite a bit of stuff - over 1,500 pounds of equipment.

We were fortunate to work with Grand Bahama for 7 years and we made a lot of very good friends in that community. In total, we sterilized close to 2,000 animals and provided other surgical and medical care to hundreds more. When the time came to move on, we spent the last clinic training the staff at the shelter to put catheters in, work the anesthesia machines and provided all our written protocols - leaving behind the means to carry on the work.

Finally making it official - Pets without Vets incorporated in 2008 and it took a very long time but in 2014 we officially received our non-profit status.

The trip I was honored to be a part of was very well organized and the animals received a high standard of care. As a veterinarian, I can’t think of a better way to really help a community in need by enhancing pet’s lives and assisting in putting an end to unwanted litters of dogs and cats.

Making time in your schedule to participate in something that has a direct effect on a community in need brings life back into perspective. Veterinary medicine has never been about the paycheck but even moreso – it’s influence on your life when assisting in situations like this make it easy to see why I chose this career field.

I can definitely say that it has been one of the most rewarding things that I have participated in both personally and professionally! The dedicated volunteers work together as a team to provide top-notch care. These clinics have greatly improved the overall health and welfare of the pets on the island. I recommend Pets without Vets for anyone looking for an adventure in a warm place where you can use your skills to help animals and people. It is very satisfying work hard and made a difference for the animals & people.