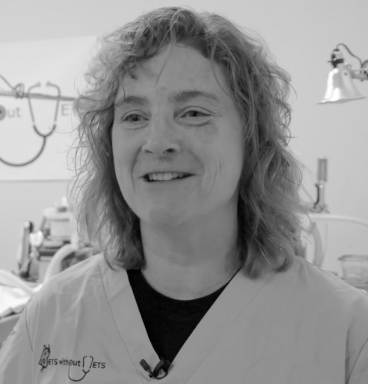 Dr. Brennen graduated from Tufts University School of Veterinary Medicine in 1992 and has a BS in Business Administration from the University of New Hampshire. Wanting to be a Zoo vet most of her course work was devoted to international medicine, however upon graduation she changed paths and embarked on a career in small animal medicine. Being an advocate for the under dog and cat, a percentage of her time was spent volunteering for local animal shelters and wild life rehabilitators. She also amassed quite a menagerie of broken animals and often refers to her home as the “island of misfit toys”.

On September 11, 2001 her life changed as did so many others. She immediately signed up for the Veterinary Medical Assistance Team (VMAT) whose mission is to provide medical relief to animal victims of disasters. The VMAT Teams spent weeks at Ground Zero caring for the search dogs who were working tirelessly and under extreme austere conditions.

In 2005 in her capacity as a VMAT Veterinary Medical Officer she deployed to New Orleans in the aftermath of Hurricane Katrina and was appointed as the Medical Director of Lamar Dixon Animal Shelter in Gonzales La. This was the largest disaster relief animal sheltering effort ever coordinated. When the shelter closed in October 2005 after caring for, treating and exporting over 7000 displaced pets Dr. Brennen remained in New Orleans to tend to the needs of the USAR dogs still searching for human remains. She is currently the National Commander of the National Veterinary Response Team which is part of the National Disaster Medical System that deploys under the Department of Health and Human Services. She has led the team on many responses, including Hurricane Sandy and has been instrumental in building a national disaster training platform for the NVRT and lectures nationally on disaster animal sheltering.

International Medicine started to become woven into her NYC life as a Veterinary Consultant. She partnered with the Ester Honey Foundation in 2004 and worked running a volunteer clinic in the Cook Islands. In 2005 she collaborated with People Protecting Animals and their Habitats (PATH) to begin a veterinary program in Grenada, Nicaragua. In 2006 she assisted the Rural Area Veterinary Service HSUS teaching vet students on an Indian Reservation in Minnesota as well as assisting in the implementation of a vaccine program in Grand Bahamas helping to mitigate an island wide distemper outbreak. In 2007 she and other Pets without Vets volunteers joined up with Vet Ventures and worked in American Samoa. She has coordinated and led all 13 P w/o V clinics since it’s inception in 2006.

When she is not plotting another spay/neuter adventure for Pets without Vets, Dr. Brennen is currently a shelter medicine consultant and small animal veterinarian in NYC. She also works for the American Humane Association in their Film & Television Unit protecting animals used in entertainment. She is an adjunct advisor to the NYC Animal Planning Task Force and is on the Board of Directors for the National Alliance of State Animals & Agriculture Emergency Programs.

She shares her apartment with a hearing impaired Boston Terrier, a Bahamian Potcake, a paralyzed kitty, a sweet old cat and a cockatoo who constantly sings the theme song from The Andy Griffith Show.

Debra graduated from Tufts University School of Veterinary Medicine in 1992. She began practicing small animal medicine in the Boston area. Wanting to expand her horizons and answer an internal desire to offer her expertise to more than a veterinary hospital setting, she became a team member of VMAT - Veterinary Medical Assistance Team. As a member of VMAT, she had the privilege of being deployed to New York City shortly after September 11, 2001 as a secondary responder assisting in the search and rescue aspect. Four year later in 2005 when hurricane Katrina devastated New Orleans, Debra and her VMAT colleagues were there providing veterinary care to the countless animals in need. Debra continues to serve as a NRVT team member ready and willing to respond and assist whenever and wherever needed.

Dr. Campbell has traveled world wide pursuing her desire to help underprivileged peoples and their pets. Numerous countries such as South Africa (working in the townships of Johannesburg), Mexico, Peru, America Samoa, Ecuador (the Galapagos islands), Bahamas, Turks and Caicos, Dominican Republic and others have been destinations where Debra and a team of technicians and veterinarians have volunteered their time and talents.

Dr.Campbell has worked extensively in shelters and headquarters her efforts from her own hospital in Watertown, Ma. “I have a passion to help those that need it most whether there is financial compensation or not.” The hospital works with Senior citizens, the disabled, and individuals financially challenged as well as multiple organizations working with animal rescue.

Currently, Debra’s home includes a variety of pets, many of them immigrants from her many trips abroad. There are 6 dogs, 6 cats, a parrot and 3 chickens. She has 2 great children and a husband that has a busy practice of his own in Cambridge,Ma. as a Cardiologist - for humans. 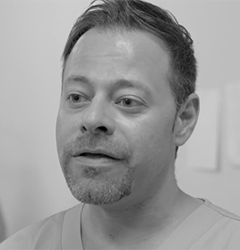 Gregory Carastro, is a tenured Licensed Veterinary Technician, and has been a volunteer since the inception of Pets without Vets. He currently sits on the Board of Directors and functions as the Deputy Team Commander on all campaigns. He has attended and helped form all its ventures thus far internationally. Gregory is inherently drawn and dedicated to our Mission to enhance the human­animal bond and promote the welfare of animals by providing veterinary support, humane education and resource development to international communities in need.

In his everyday life, Gregory is the Hospital Administrator & Director of Human Resources at the Veterinary Medical Center of Long Island. He has over 25 years of experience as a licensed Veterinary Technician and Hospital administrator in the Long Island Veterinary Community. Before joining the VMCLI management team he held the position of Director of Veterinary Operations and Practice Consultant for Bideawee’s three NY offices. Additionally, Gregory serves as an active member and Training Officer for the National Veterinary Response Team. Mr. Carastro is accomplished in all facets of practice management and is a highly skilled technician and leader within his field. He has been a welcomed addition and a tremendous asset to the Pets Without Vets team.

As the VMCLI Hospital Administrator & Director of Human Resources, he is responsible for ensuring the continued success and growth of the practice and maintaining the highest quality medical care and customer service standards for all of their patients and clients alike. He has been instrumental in developing training programs and opportunities to enhance their employee's professional development and their visibility within the community. Additionally, he has extensive training with OSHA compliance standards and has meticulously updated their practice safety and disaster preparedness protocols.

He tirelessly uses his everyday talents to aid in the success and orchestration of the Pets Without Vets mission. Gregory lives on the South Shore of Long Island with his partner and their menagerie of rescued pets from across the globe.